The Sacro Monte of Varese is part of the group of nine pre-Alpine Sacred Mountains of Piedmont and Lombardy included in 2003 by UNESCO on the World Heritage List.

A place of pilgrimage since the Middle Ages of the church of Santa Maria del Monte and then for the monastery of the Romite Ambrosiane founded in 1474. The Sacro Monte di Varese was built after the Council of Trento. The works began in 1604, along the two kilometers of a constructed path showing the Mysteries of the Rosary, which became popular after the battle of Lepanto (1571).

The architectural style of the chapels, triumphal arches and fountains is varied, inspired by the stylistic ways of mannerism. The statues and frescoes that decorate the chapels as a whole constitute a high testimony of 17th-century sacred art in the Milan area.

The village of Santa Maria del Monte is connected to the rest of the city, throughout a public bus, and through a historic cable car that has recently been put back into function. 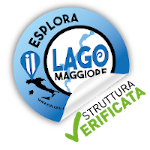